The Dire Need For Phone Training in the Car Business 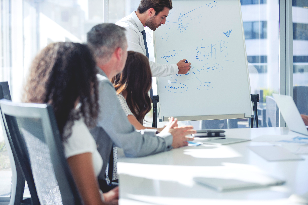 “I know we are bad on the phone but I never seem to get around to fixing the problem.”

Catch 22 (noun) – a dilemma or difficult circumstance from which there is no escape because of mutually conflicting or dependent conditions.

Traditionally telephone sales training in the auto industry has not been a top dealership priority for salespeople. It is amazing in this day and age that a dealership will allow a brand new salesperson to take an incoming sales call yet they won’t let that same salesperson work with a customer that walks into the dealership without some formal classroom training, watching videos, or at the very least shadow another salesperson for a few days. What’s the difference?

Maybe new hire phone training is ignored mostly because the average tenure for a new person is something short of the lifespan of your common housefly. And what about phone training for the veteran salesperson? You know the one, the guy or gal that’s been around a few years that needs “To go touch the vehicle, or put their hands on it” before they can invite the customer into the store; the proverbial old dog that cannot be taught new tricks.

Of course if there is an attempt made to offer these old school folks phone training, it is not very well received to say the least.  Their most common question during training tends to be “Are we done yet?  I’ve got cars to sell.”

So how much more important are the phones today than in years past? I just recently had a group of managers in a room and I asked them a simple question. “How much of your business is influenced by the phone?” The blank look on the manager’s faces said it all to me.  Finally one of them said “Well, the incoming sales call.” He answered the question in a way that implied that my question had an obvious answer or it was just plain stupid. When I followed it up,  “Ok, what else?” The blank looks reappeared.

I went on to ask about Internet leads. “Is not one of the goals to get your Internet leads on the phone as quickly as possible?” They said yes. “Ok, how about showroom traffic that does not buy?” (80% of your walk in traffic and that’s if your really good). The managers again said “Yes.” So, after I was finished with this line of questioning, I again asked, “So, how much of your business is influenced by the phone?” The light bulb went on. I went on to explain that the Internet lead is just a phone up going in the other direction and that the same skills and behaviors that you should possess for the incoming calls are applicable for the outgoing. Great phone skills are more important today then they ever have been but they are a lost art that we need to find again.

I can’t tell you how many times we have heard managers or dealers complain, “I cannot afford to train my sales people.  I’m not selling any cars.”  Huh?  Does that make any sense?  That is the epitome of a Catch 22.  We can’t afford to not train our salespeople on proper phone skills because they do influence at least two thirds of our customers.

Marcom Technologies has been doing phone training in the auto industry for over 30 years.  We have seen the best and the worst of sales training out there.  So, to retain more salespeople and sell more phone ups, it is quite simple. Give your people a fighting chance and train them to succeed. Encourage their successes and correct their shortfalls without negative reinforcement.  Of course as management, you must hold them to standards.  Get help for those that need and want it but offer consequences for those unwilling to make the effort.

Our future articles will discuss:

Ted Schuler and Marcom Technologies have been training and consulting dealerships all over the world for over 30 years.  We have seen the changes and have created new techniques and technology to let your people succeed.